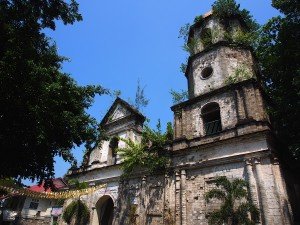 Architecture and Heritage Tours Philippines
Architecture in the Philippines developed from pre-colonial influences of neighboring Malaysia, continuing on to the Spanish colonial period, the period of American colonization, and modern contemporary times. As a result, the Philippines has become an architectural melting pot which is uniquely Filipino influenced by Spain and United States.

The Philippines boasts lots of ancestral homes, centuries old churches and other structures that are of particular interest.

The fourth is the Sto. Tomas de Villanueva Church in Miag-ao, Iloilo on Panay. Apart from these there are hundreds of beautiful, old churches from the Spanish colonial era spread out over the Philippines.

There is also a large number of heritage house or ancestral homes in the Philippines, a fact unknown to many people. In 1999 UNESCO inscribed Vigan on the list of World Heritage Sites. Vigan is well-preserved town dating back to the 16th century with cobblestone streets, heritage houses and historic churches.

For those who are interested in history and architectures Travel Authentic Philippines has designed tours that focus on that unique architectural heritage. These tours include heritage walks with visits to ancestral homes, Spanish-era churches and other structures of interest. Destinations are places such as Intramuros, the old Spanish walled city, in Manila where the San Agustin Church and Fort Santiago are located and Cebu City which has Fort San Pedro and many other structures of historical interest.

Other interesting destinations are ofcourse Vigan, Silay City on Negros Occidental, Carcar on Cebu and Baclayon on Bohol.

Where possible we have arranged special visits, dinners or overnights in ancestral homes during which you can meet the owners of these unique houses.