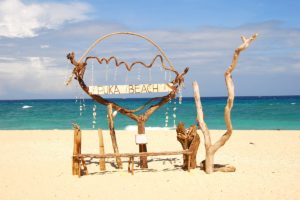 Panay Philippines
Panay is found on the western edge of the Visayas, in the central region of the Philippines. This magnificent island is renowned for being the gateway to Boracay, Asia’s most renowned island paradise. However, Panay has plenty more low-key tourist treasures too, some of which match or even surpass the beauty of Boracay. Tourists can enjoy historical highlights and natural delights across the island. Travel Authentic Philippines offers a variety of Panay tours.

There is plenty to see and do when visiting Panay. It happens to be home to one of the oldest cultures of the Philippines, so exploring Iloilo’s rich heritage is highly recommended. The sparkling islands of Guimaras and Gigantes boast stunning natural landscapes. Of course, the heart of the island is drenched in thick forest, making it ideal for outdoor enthusiasts.

Getting to Panay by air and sea is mostly done through Iloilo City, with connections to major centers across the Philippines and Asia, including Manila, Cebu, and Hong Kong. Roxas City has a busy ferry port, and buses or vans can be taken from here to reach Iloilo in the south. Jeepneys in Iloilo City are renowned for the unique sedan-like design. They provide cheap, fixed-route transport in and around the city. Vans and buses are generally used to travel around Panay.

The northwestern corner of the island is a bustling area thanks to the influx of visitors to Boracay. However, the central and southern areas of Panay Island are still largely untouched in comparison.

The best time to visit Panay is between the months of December and June. Even though rainfall can occur at most times of the year, August through to November welcomes the heaviest storms. Hurricane activity is not uncommon, although most typhoons predominantly hit the Eastern Visayas, rather than the western side. 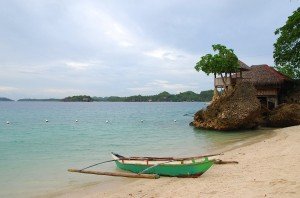 Panay Philippines
Panay is famous for its islands, and their inherent beaches. Of course, tourists can’t go past Boracay and the shimmering sands of White Beach. Expect crowds during the peak tourism season. However, this still doesn’t take away from Boracay’s unrivalled beauty. Living in the shadow of Boracay, though surprisingly picturesque, is Guimaras Island. Scenic roads, unspoiled beaches, and plenty of natural scenery make this island a great place for short-stays or day-trips from Iloilo City. It rests in the southern reaches of Panay, just a quick ferry ride from the capital.

Just a short distance by ferry from Estancia (in Iloilo province) is the Gigantes Island group, which consists of two main islands and a host of smaller islets. Bakwitan Cave, Bantique Sandbar, Parola Lighthouse and Tangke saltwater lagoon are the main landmarks waiting to be explored. Of course, the many remote and secluded beaches scattered throughout the Gigantes chain certainly add to the allure of this destination.

In addition to Panay’s beautiful islands and treasured beaches, history is an important part of the landscape too. Iloilo is home to several attractions that are doused in history, including the World Heritage listed Miag-ao Church. This stunning religious structure was once a fortress, but today it is used as a place of worship.

While in the city of Iloilo, it is worth taking the time to explore the National Museum. Panay is filled with an amazing culture and extremely rich history, from early Borneon tribal settlements to Spanish and American influences. This eye-catching heritage is on display in the museum, with scores of fascinating exhibits permanently residing within the site. 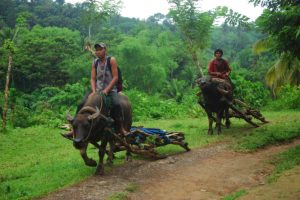 Panay Philippines
Panay is more than just a destination for rejuvenation. Tourists have plenty of choices when it comes to experiencing a more active holiday adventure, including island hopping, mountain biking, hiking, and even sightseeing.

There are several areas of Panay, close to Iloilo City, that are great for outdoor enthusiasts. Guimaras is an island off the Iloilo coastline, and offers some great hiking and mountain biking opportunities. To the northwest of Iloilo is Panay’s spectacular highland range, which is home to dense forests and many kilometers of hiking trails.

Guimaras Island is not just renowned for its landscape. It’s also home to the Philippines’, and some would even say the worlds, most tantalizing mangos. Mango tasting has become a popular pastime on the island, attracting hordes of tourists and locals when the season approaches. Fresh seafood tasting is another great highlight of the island.

Iloilo Heritage tours are a must for any traveller visiting the city. Walking tours, complete with professional guides, are in abundance, making it simple for tourists to see the historical highlights of the regional capital. The best of the Spanish era can be found in the Jaro Heritage and Cultural District, including sites like the Jaro Belfry, Town Hall and the Metropolitan Cathedral. 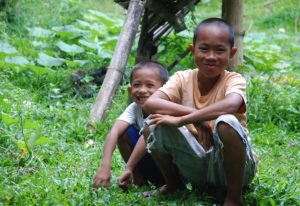 Panay Philippines
Panay is among the oldest civilizations in the Philippines, and as such, boasts an incredible amount of cultural extravagance to uncover. Hiligaynon is the most common language used in the area, especially in Iloilo City. Of course, local dialects like Karay-a is widely used too. English is most prevalent among the younger generation, as it is spoken mostly for business and educational purposes. It’s not uncommon to hear Spanish among older families also.

Iloilo City is bursting at the seams with heritage-drenched landmarks, so taking the time to explore the regional capital is recommended. Culture vultures can spend hours strolling through the historic Jaro district, and taking-in the strong Spanish influences in La Paz.

Festivals are in abundance, especially in the regional capital. The Paraw Regatta, which is a traditional sea-craft race between Iloilo and the island of Guimaras, is held each February. It has become quite an exotic and fascinating event that lures thousands annually. Of course, Holy Week is home to the most significant religious ceremonies each year. From the centuries-old Biyernes Santo procession, to the festivities of Easter Sunday, plenty of events await visitors.