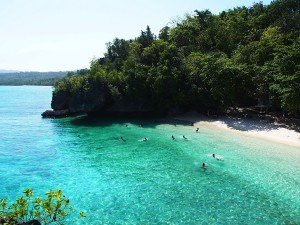 Siquijor Philippines
This ‘magical’ island is perfect for the tourist seeking a respite from busy tourist centers. The island supports a good selection of resorts that enjoy exclusive sea views in private settings and it puts on display an authentic Visayan experience that is free of over population or tumbledown appearances.

Aside from excellent snorkeling and a host of dive sites, there’s a low hilly interior where visitors can explore primitive villages and seek out several fantastic waterfalls. Travel Authentic Philippines is the specialist for Siquijor tours.

The small town, where the ferries arrive from Dumaguete airport, or a catamaran connection to Cebu/Mactan, is manageable, laid-back and dotted with churches and a convent of historical interest. Being a little less convenient to reach, this island is free of tourist bustle and surprisingly well kept.

Siquijor is best suited for the scuba enthusiast but is equally suitable for snorkeling right from the shore. A number of wrecks, reefs and even an underwater cave can be visited on dive trips. Working with local communities we also organize day trips to interact with the islanders and experience their daily tasks on this tropical island.

In addition to several white sand beaches, there is a natural spring pool for swimming, a butterfly sanctuary and the bizarre Balete Tree with its numerous aerial roots and vines.

The ‘high season’ is when the Northern hemisphere winter corresponds with the mildest of the tropical weather, when rain seldom falls between November and March and temperatures cooler. It’s unusual for typhoons to pass this far south. 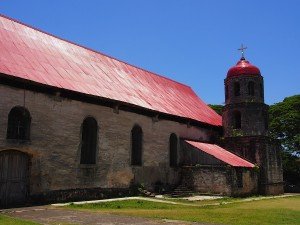 Siquijor Philippines
Visiting Siquijor is a memorable experience, a micro-sized island community among the Visayas, with its own special character. You can cruise around the island in a day, stopping off at secluded beaches or seeking out picturesque waterfalls. A number of small, well-kept towns with remnants of historic heritage are also of interest.

Although the island isn’t blessed with endless beaches there are a few special parts of the coast to relax and swim in the calm tropical waters. The stretch of soft white sand in San Juan hosts many resorts, but perhaps the nicest beach for swimming – favoured by the locals – is in the national park of Salagdoong. For sheer dramatic scenery look for the more remote Kagusuan Beach.

A surprising collection of heritage is seen on this small island, one of the most recently formed provinces in the Philippines. At Lazi you will discover one of Asia’s oldest serving monasteries, the San Isidro Labrador Convent, with the entire village seemingly set among the shade of giant rain trees. Similarly ancient is the church in Siquijor town with its distinctive bell tower.

The island has two photogenic waterfalls of which Cambugahay Falls is the largest, with its three tiers. Located near Lazi it’s a popular place to jump into the pools. There’s a smaller falls near San Juan, Lugnason Falls. Also nearby is the Capilay Spring Park, which is another popular swimming place.

While touring the island you can tick off a few interesting landmarks such as the enormous 400-year-old Balete tree, the pretty Bandila-an Mountain View Park, and Siquijor Heritage Museum in the San Isidro Convent. 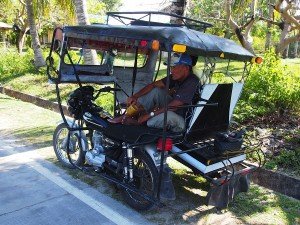 Siquijor Philippines
As always, diving is the most famous of the island activities in the Visayas, and Siquijor is also well placed for trips to dive sites offshore from a number of operators. From some of the beaches it is possible to snorkel to coral and get an easy impression of the colourful fish, particularly off the Salagoong Park beaches. Nearby Apo Island is the area’s most famous dive spot.

Likewise kayaking is another great way to appreciate the pretty coastlines, especially around the national park. Swimming is also particularly good for families here, since a couple of simple slides have been constructed on the rocks above, for a thrilling entry to the water.

Caving in the Cantabon Cave is another fun activity by pre-arrangement and with a guide. There are in fact underwater caves for the dive enthusiast. At Sandugan and Tongo Point there are colourful reefs for snorkelers. 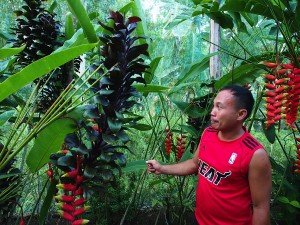 Siquijor Philippines
Siquijor might send shivers down the spines of Filipinos well aware of its reputation for witchcraft, but its visitors witness little more than a curious procession of rituals here and there – nothing unusual in Asia. In fact the earliest foreign visitors, an expedition by Miguel López de Legazpi, named it the “Island of Fire”, probably due to an eerie glow from fireflies.

Catholicism and traditional practices mix freely here, and there are a number of healers resident on the island. Take a trip into the hills of the hinterland, beyond Cambugahay Falls for example, and you’ll discover some primitive island folk, living simple lives among the lush interior.

Although only independent from Negros since 1971, the islanders have their own distinctive and proud character, noticeably for the tidy appearance in contrast to other larger islands. Join us on our Siquijor tours!