Hiking the slopes of Mt. Pinatubo in 1996 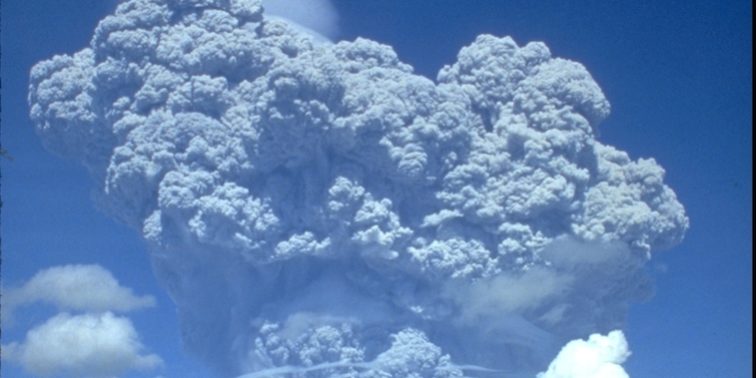 The eruption of Mount Pinatubo on Luzon in the Philippines on 15 June 1991 wa the second largest eruption of the 20th century. The eruption of the Novarupta volcano in 1912 in Alaska was the largest. The arrival of Typhoon Yunya (Diding) brought a lethal mix of ash and rain to areas surrounding the volcano which worsened the situation. Vulcanologists had predicted the eruption. Tens of thousands of people had been evacuated from the surrounding areas in the preceding days including all the personal of the sprawling US Clark airbase. The surrounding areas though were severely damaged by pyroclastic flows, ash deposits, and subsequently, by the lahars caused by rainwaters. A lahar is a mudflow or debris flow composed of a slurry of pyroclastic material, rocky debris, and water.

These lahars also remobilised earlier volcanic deposits causing extensive destruction to infrastructure and changing the river systems. The town of Bacolor and large area around the volcano were totally covered with this lahar.

I visited the area around the volcano in 1995 and was so impressed by the landscape and the almost biblical scope of the eruption that I suggested to include a hike on the slopes of Mount Pinatubo in the group program of Baobab Reizen for which company I was working as a tour organiser and leader at that time. We stayed overnight in the Bonanza Hotel and made a day hike through the lunar landscape around the volcano with several local guides who knew the area very well. We met the indigenous Aeta people who live in villages on the slopes of the volcano. It was fascinating. Afterwards I think I didn’t realise the dangers that were out there in that environment of loose volcanic ash, lahar and quicksand. Fortunately no accidents happened although at one time one of my guests disappeared partly in quicksand in a split second. The guides were able to drag her out in time. It was scary. 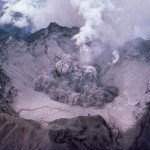 The trek up to the volcano couldn’t be done in one day in those days so I never made it to the top. Now the trek up to the crater lake of Mount Pinatubo has become a popular activity. I have done the trek recently.  Before we traveled to Mount Pinatubo I showed this excellent documentary about the eruption to my guests. I have watched it numerous times and will watch it again on the eve of the hike up to the summit.