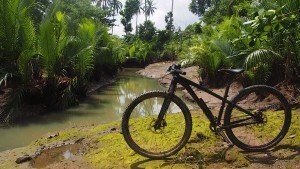 In search of authentic Negros

This is a short story about my most recent trip to Sipaway Island on Negros Island. We left Bacolod City early in the morning and drove to San Carlos City. We had to cross the island from the west to the east. Negros is one of my favorite islands in the Visayas because the interior of the island is lush and mountainous. There are some very interesting and pleasant cities such as Silay, San Carlos and Dumaguete with lots of history. Apart from Bacolod, which seems to in traffic gridlock 24 hours a day, these cities are relatively quiet. Silay has many heritage houses and is nicknamed the “Paris of Negros”. San Carlos City has the highest density of bicycle taxis I have seen anywhere in Southeast Asia. Dumaguete is the university town of Negros. It has four universities, amongst which the first American university in Asia, Silliman University.
The dominance of sugarcane makes Negros very different from any other island in the Philippines. It has a beautiful coastline with offshore islands such as Danjugan and Apo Islands. Mount Canlaon looms menacingly beautiful in the background and has shown signs of activity very recently.
Anyway, I am drifting off. We were on our way from Bacolod City to San Carlos City. During our drive we were rewarded with fantastic views over Negros and neighboring islands. We were grateful for the fine weather. We briefly stopped at the viewpoint of the Malatan-og waterfall that was visible far in the distance. We continued our way to San Carlos City. Descending towards San Carlos we had wonderful views of Sipaway and Cebu. I had never been in San Carlos and it really was a pleasant surprise. San Carlos City is very environmentally conscious. Outside the city there is a huge solar power plant. The 59-MW San Carlos Sun Power Inc. is projected to deliver 82 GWh of renewable energy to the Visayas grid annually. The city is clean and very friendly. We met Autumn Bacurnay who works for the tourist office of San Carlos. She guided us to the local market. The local market was enjoyable like any market in the Philippines but the ban on the use of plastic bags made this slightly different. People were very friendly. On Negros Dumaguete has the biggest foreign population. The city is no.5 on a list of Forbes Magazine of the 7 best places in the world to retire because of the low costs of living and the pleasant climate. In San Carlos City though a western face is a rarity. I didn’t see anyone I could vaguely identify as a Western retiree. Tourists don’t show up often in San Carlos City. The hinterland of San Carlos City has a number of attractions to offer such as waterfalls, a cave system, rice terraces and the “Chocolate Hills of Negros”. We didn’t have time for those unfortunately. 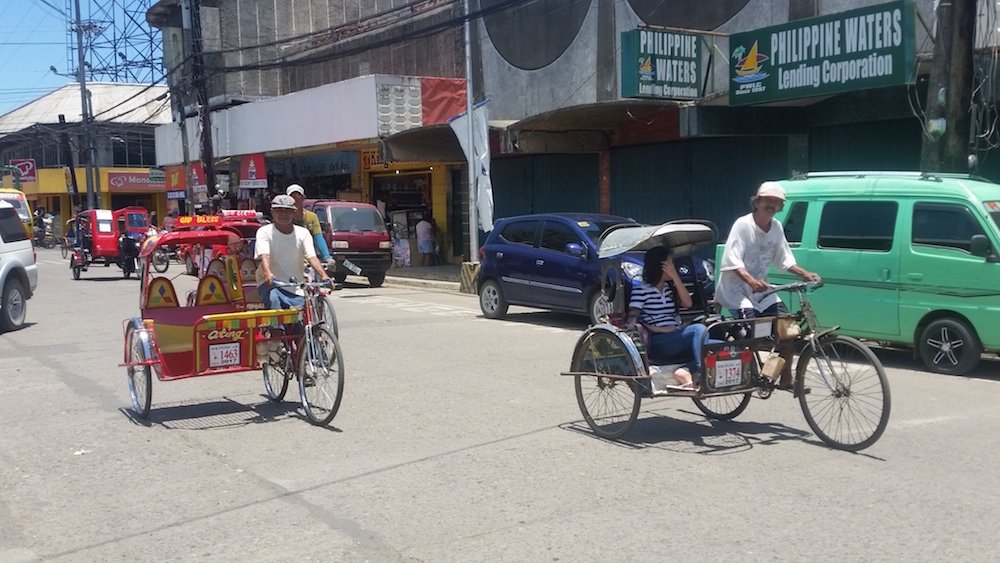 During a conversation about tourist attractions with local officials someone mentioned an abandoned sugar mill that has over a hundred wooden houses dating back to the time before World War Two. Being a history buff I was immediately very interested. I love old buildings and houses. The people of San Carlos City call this place “Central”. It is the compound of the former San Carlos Sugar Mill that was closed in 1999. The compound is property of Metro Bank. There are armed security guards patrolling the compound. People told that there are close to one hundred houses and buildings on this compound. In some of the houses there are still people living. They allowed us to have a look which was fascinating. Central is like a small but spacious village with big wooden houses on stilts and office buildings. The abandoned houses are overgrown with vegetation. The trees are magnificent. Let’s hope at least part of Central will be preserved. If you are in San Carlos City and you love history a visit to Central really is a must. I loved it! 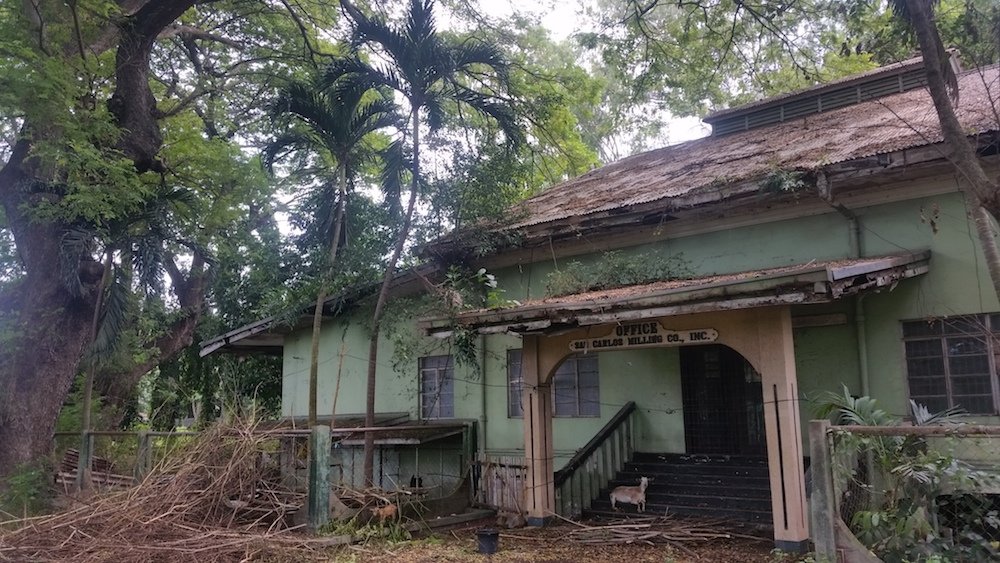 The boat ride to Sipaway Island is only a short one. We were escorted to Whispering Palms, the only resort on the island. It is a lovely island to spend a couple of nights. Whispering Palms is pleasant and very well managed. The Resort has a small beach and offers scuba diving. There are some very beautiful diving spots around the island. Sipaway offers the best diving on Negros, according to San Carlos natives. San Carlos is one of the 42 towns and cities within the Tañon Strait Protected Seascape, the largest marine protected area in the Visayas. San Carlos City Mayor Gerardo V. Valmayor Jr. has been very active combating illegal and destructive fishing and is determined to protect the islands rich coastal and marine resources. The City Council has high hopes of developing the island as an ecotourism destination and wants to attract investors.

I took one of the bicycles of the resort and cycled around the island in the early morning. It is lovely riding through villages and coconut plantations. Apart from the beach at Whispering Palms I only found one other small but nice beach. It is privately owned. For a small fee you can enjoy this beach that also has some facilities. If you are interested in an authentic part of Negros and are a diver or snorkeling enthusiast, Sipaway is a great place for a couple of days. If you enjoy a ride in a pedicab or trisikad and wandering through an abandoned sugar mill that has seen better days San Carlos is worth a stop of a couple of hours. 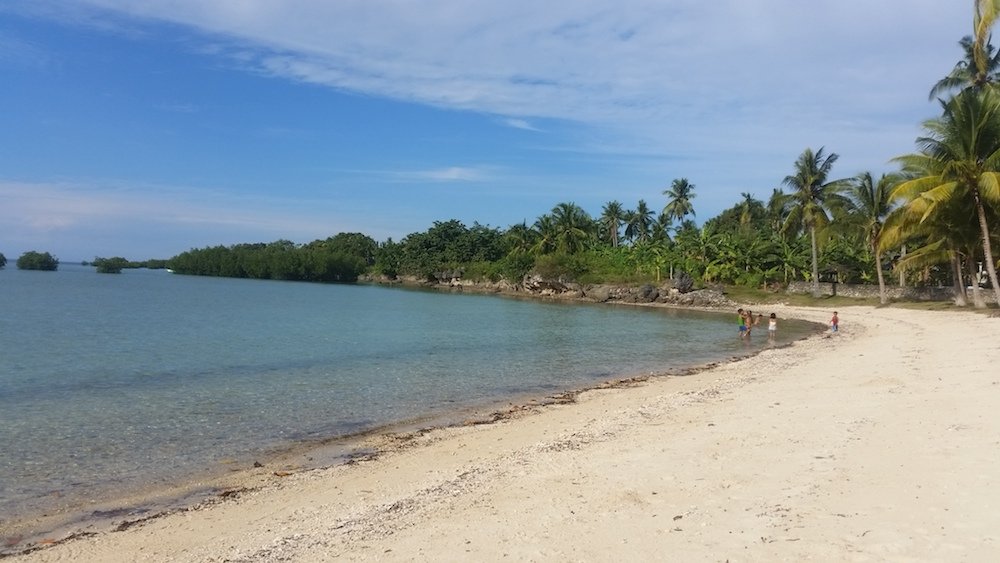