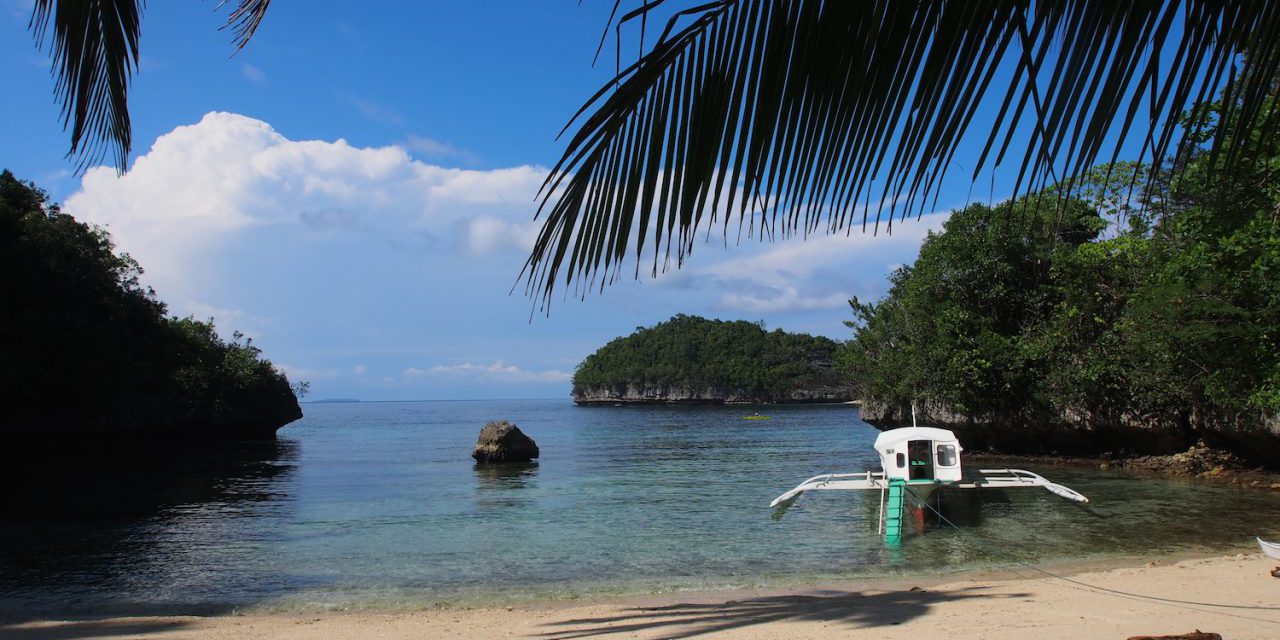 We hiked to Bababu Lake on Bababu Island, Dinagat, which was an amazing experience. The lake was discovered by Peter Langit right after World War II. Peter passed away in 1995. His tomb is at the start of the trek to the lake on a small secluded beach.

His family continues to watch over the lake and its surroundings. Peter’s son lives with his mother on that small beach and guided us to the lake. Isn’t that amazing? It took us a bit more than half an hour to get to 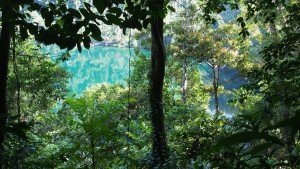 Lake Bababu is a lake on Bababu Island, Dinagat, Caraga

the lake and it certainly was not a walk in the park. We had to trek up and down on a steep, very uneven, rocky jungle trail, sometimes having to use ropes. It was very beautiful though and the reward was a refreshing swim in the pristine lake.

The Bababu lake is ‘meromictic’ which means that it has both freshwater, down to 20 feet, and salt water, below 20 feet. The fresh and salt water don’t mix because there is no wind at the Bababu Lake. There are only 10 meromictic lakes in the Philippines. Most lakes are holomictic which means that at least once a year there is a physical mixing of the surface and the deep waters. This mixing can be driven by wind, which creates waves and turbulence at the lake’s surface. There are about a thousand times more holomictic than meromictic lakes in the world (thanks to Wikipedia!). You learn every day!

There is also an underwater cave of about 650 metres, the longest in the Philippines, that takes your from the lake to the sea. It takes an hour for a cave diver to cross the underwater cave from one entrance to the other. For those who love a workout this lake is a great destination. Some people might find the trail too difficult though. Wear shoes!

Go island hopping with us at Dinagat and visit Lake Bababu!